Who is the women’s group REMO and why are we supporting the project „La innovación S.A.“ with the construction of smoke-free cooking stoves?

For the construction of smoke-free cooking stoves on Ometepe, Sanito works together with the women’s group or women’s network REMO. REMO is a social movement which was founded by and for women on Ometepe. Together they defend women’s rights whereby they receive local, national and even international support. Every REMO member works on a voluntary basis on projects and takes over various tasks depending on personal possibilities. Their commitment is by choice as the women know that they mainly work to improve their own wellbeing and can support other women only in this way.

The main principles of REMO

For the execution of their projects, REMO (Facebook page) leases a property in Ometepe in the town of Santa Cruz. The women meet there regularly to organise and carry out various activities. For example, every now and then there is a family movie night or there are events for children and teenagers. In addition, the location serves to financially strengthen the women’s group. On the one hand, REMO runs a small hostel, on the other hand, it operates an organic-intensive vegetable cultivation. The hostel “Espirales” automatically brings autonomous employment opportunities. This way they can secure their income and furthermore generate revenue for social work and workshops. In the garden, they grow staple foods such as rice, corn, beans and local types of vegetables. These contribute to a healthy diet of the women and their families as well as are an additional source of revenue. 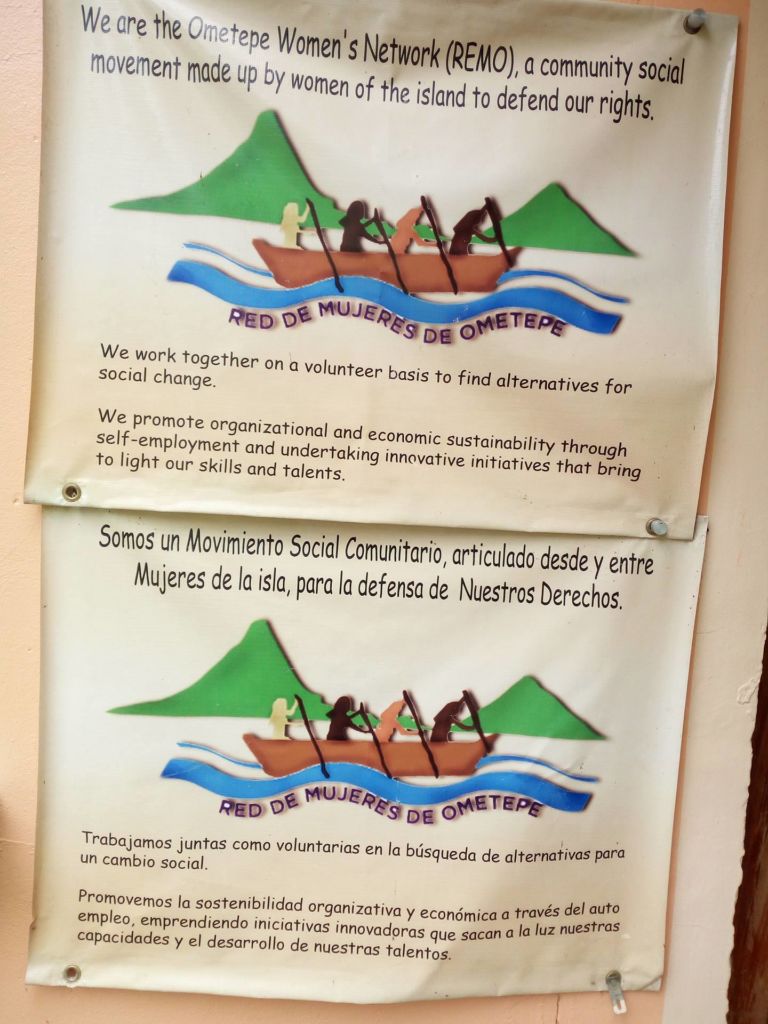 „La innovación S.A.“ and why Sanito supports the construction of smoking-free cooking stoves

Some members of REMO have received training in building smoking-free cooking stoves and consequently founded the business „La innovación S.A.“. The aim is to market and build innovative cooking stoves on Ometepe. These cooking stoves have many advantages in comparison to open-fire stoves that are usually used for cooking on Ometepe. For example, they direct the smoke via a pipe out of the house and thus, prevent people in the kitchen from inhaling the smoke. By using heat more effectively, they also need less firewood which in turn benefits the environment.

Bottom line: Through the women’s training to become small producers of smoke-free cooking stoves, nature is protected and health of Ometepe’s inhabitants as well as women’s economic independence is promoted. We think that’s great and that’s why Sanito wants to promote the stoves’ spread. We want to raise awareness of the benefits of smoke-free cooking and strengthen “La innovación S.A.”. Further, we want that also the poorest of the poor benefit from the cooking zones. Many people, especially single unemployed women, cannot afford such a cooking stove and without your help they could not have a share of the project’s benefits.